Celebrating The Broncos Win And My Surprising Enthusiasm

I am not a sporty person – like even a little. I don’t watch football, which is kind of funny considering that I dated quite a few football players in my day and even went to games to “cheer them on” while we were dating. But watching most sports (hockey and tennis seem to be the exceptions) – I’m just not that into it. In fact, I’ve written about it before after I got carried away at a hockey game. But even though I do not like football. Or watch it. Or understand it. Doesn’t mean that I can’t get caught up in the excitement every now and then. And the Broncos Superbowl win seems like the perfect event to cause an exception to this rule.

My husband is a Broncos fan. He keeps up with football enough, but never really watches it. He isn’t anti-football, but is a lot less into it than he lets on to others. He’s just indifferent. But he always knows if the Broncos win or lose. Maybe it’s because we call Denver home, or maybe it’s because a lot of his relatives are huge Broncos fans (though I suspect that is just because my husband and I as well as his brother and his brother’s family all live out here). Whatever the reason Roy (the hubs) keeps up with the Broncos. And I simply hear about them and say things like, “That’s nice,” or “That sucks,” depending on their most recent game.

But two weeks ago, Roy wanted to watch the last half of a Broncos game. This was unusual, I mean it never happens unless he has someone over and he wants that someone to think, “Yeah, I love football.” I went with it because I didn’t really care. I was working, doing my steps, reading, writing – hey a game takes awhile and I like to multitask. What I didn’t know was that this was the game that decided whether or not the Broncos would go on to play in the Superbowl. Now I may not follow football, but I at least know what the Superbowl is and that it’s a very big deal. The fact that we were playing the New England Patriots only made it more interesting. Because even my non-football-watching self thought the whole Tom Brady and deflategate scandal was messed up and cheating no matter how you want to look at it. And I am a highly competitive person, who hates losing, but would rather lose than cheat. It doesn’t sit well with me. And I hate the idea of other people cheating and getting away with it. 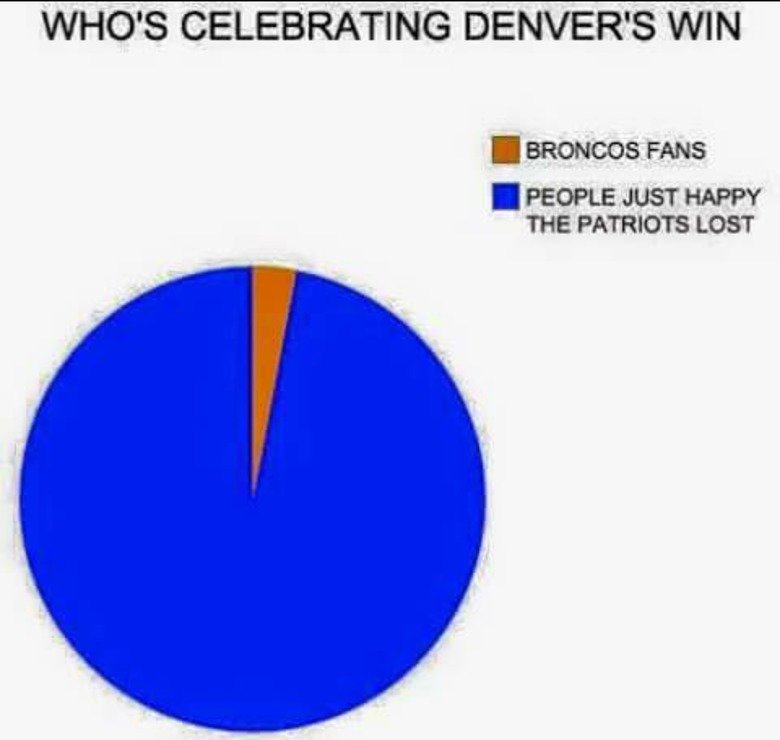 Anyway, I started to watch that intense game in the last quarter. I was on the edge of our sectional, and found myself getting into it. Not the sport because I don’t know a fumble from a pass from a… any other term besides touchdown. But I knew enough to know it was going to be close and I didn’t want to get my hopes up about the Broncos, because well… sometimes I wonder if I’m a jinx. But I watched the game with Roy and we cheered when the Broncos won. It was official – we were going to the Superbowl! 🙂

Even though that’s a big deal and I love Denver and consider it home, I didn’t really plan on watching the game. But I did plan on Roy watching the game because, I mean, it’s the frigging Superbowl! But he wanted to watch this comedy we had watched earlier instead. He wanted to catch the last quarter, and while I was all like, “Are you sure? It’s the Superbowl?” I didn’t push. Roy kept looking at the score updates while we watched the other show anyway, and while we ate. The Broncos were actually winning, and while I wanted the Broncos to win because A) they’re my home team! and B) they’re the underdog and I always go for the underdog – it was something I hoped happened, not something I thought would happen. Everyone favored North Carolina and they were the ones to beat… The Broncos may be good, but like many others, I just felt the Panthers were fierce. But I hoped I was wrong.

I was pleasantly surprised when my husband informed me that the Broncos were in the lead in the first quarter. But I didn’t want to say anything or get my hopes up because the whole I-might-be-a-jinx thing. It was still early, but then before halftime Roy told me that they were still in the lead. And by the third quarter, even though we weren’t watching it live, we were both following it online before switching over and watching the last quarter along with a lot of people in America.

I found myself talking like I would at hockey games (“Oh hell no! Get him! GET HIM!”) and whooping so loud when we scored. Anything less than a touchdown and I would be like, “Um I don’t know what’s going on. Is that good?” Because I really am that clueless when it comes to football. It’s funny because when we turned on the TV at the end of the third quarter, Roy was captivated by the game and I had no idea what was going on. So I tried to ask (and everyone reading this, whether you’ve been the asker or the askee knows this was a mistake) and after no luck, just watched. Something really good happened and Roy was like, “It’s you! You actually watched and X happened. You’re good luck!”

I didn’t have the heart to tell him that I had no idea what had happened, so if I was lucky, I should remain clueless for the rest of the game. I did however, not ask any other questions. You know, just in case there was something to it.

When the Broncos won, there was a lot of whooping and yelling and me shouting, “YEAH! THAT’S WHAT I’M TALKING ABOUT! THAT’S HOW YOU DO IT!” (I’m sorry but my sheer volume and enthusiasm at the time actually warranted the CAPS.) Roy danced with our cat while our dog looked at us utterly confused but eager to get in on all the love. Mass texts were shared with family and friends and fireworks went off in the distance. The Broncos won. The underdogs won. Our home team won.

THE BRONCOS WON THE FRIGGING SUPERBOWL!

I am really psyched which is surprising considering I typically don’t care and still don’t understand the game at all. And don’t worry, I’m not going to be tuning into games next season; I’m sure it will be very much like it was before – Roy will fill me in, and I’ll comment, and we’ll both do our own thing during games. Football season is never a big deal in this house and I don’t see it becoming one just because of the win. But I guess it goes to show you that even a non-sporty, uninterested, bookish person (I am a proud nerd) can get into football when it counts. And the Superbowl definitely counts!

Congratulations Broncos! I may not deserve fan status, but I am genuinely thrilled that you won! 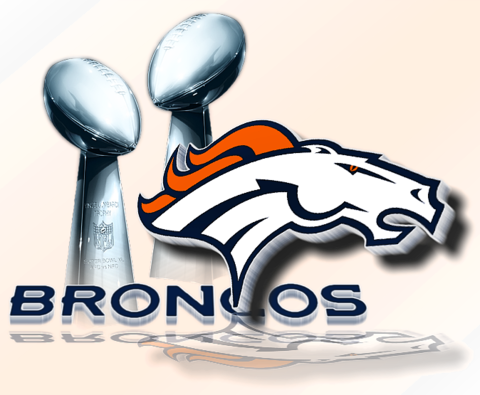